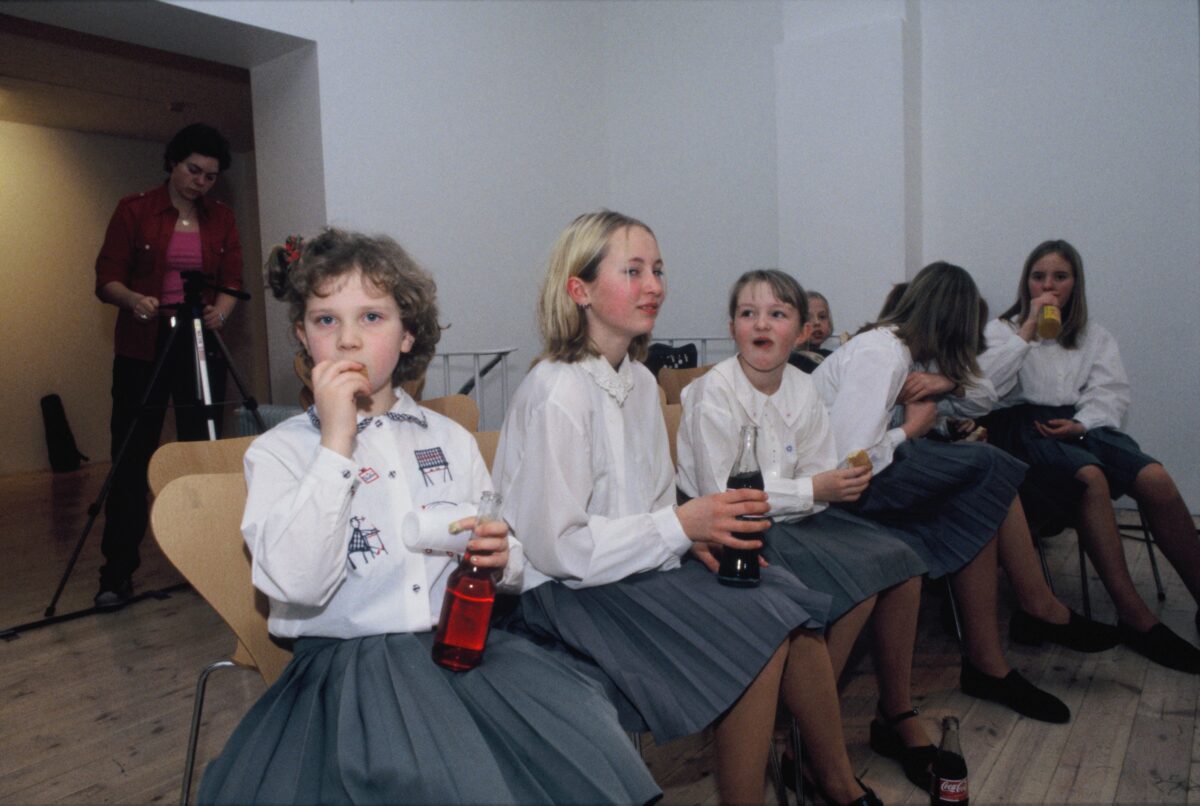 A performance with students from Barrat/ Dues Music Institute and Oslo Children and Youth Theatre, all between the ages of 7 - 14 yrs old. A pianist, a conductor and Goksøyr & Martens.

The music academy showed a part of a regular lesson in which they practised a Double concert for violin by J. S. Bach. The mother of one of the girls was the conductor. A conflict emerged between the mother and daughter, because the daughter was playing wrongly. The students from the theatre school, sat on the edge of the stage and had their hair platted, before interrupting the music lesson, by reading texts which they had written. The texts were performed silently.