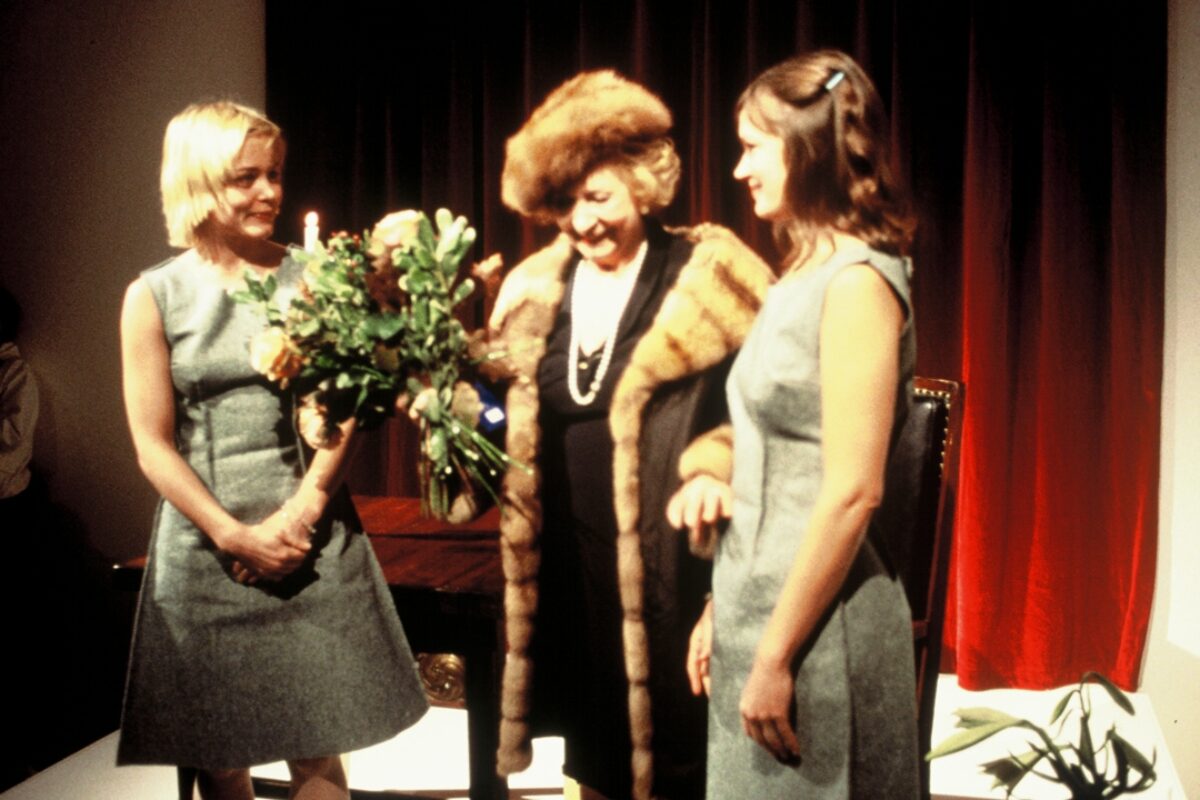 A performance based on a documentary text written by Wenche Foss. Participants: Actress Wenche Foss, five waiters, twenty five photographers and Goksøyr & Martens in the role of hosts.

Foss read a texts from her auto biography "afterwards", from an elevated stage. In the texts, she describes her thoughts about death and leaving her existence as an actress. Before and after the reading, white wine and canapes are served to the public, accompanied by cello concert. The actress was photographed by a large group of amateur photographers, both on arrival and on leaving.