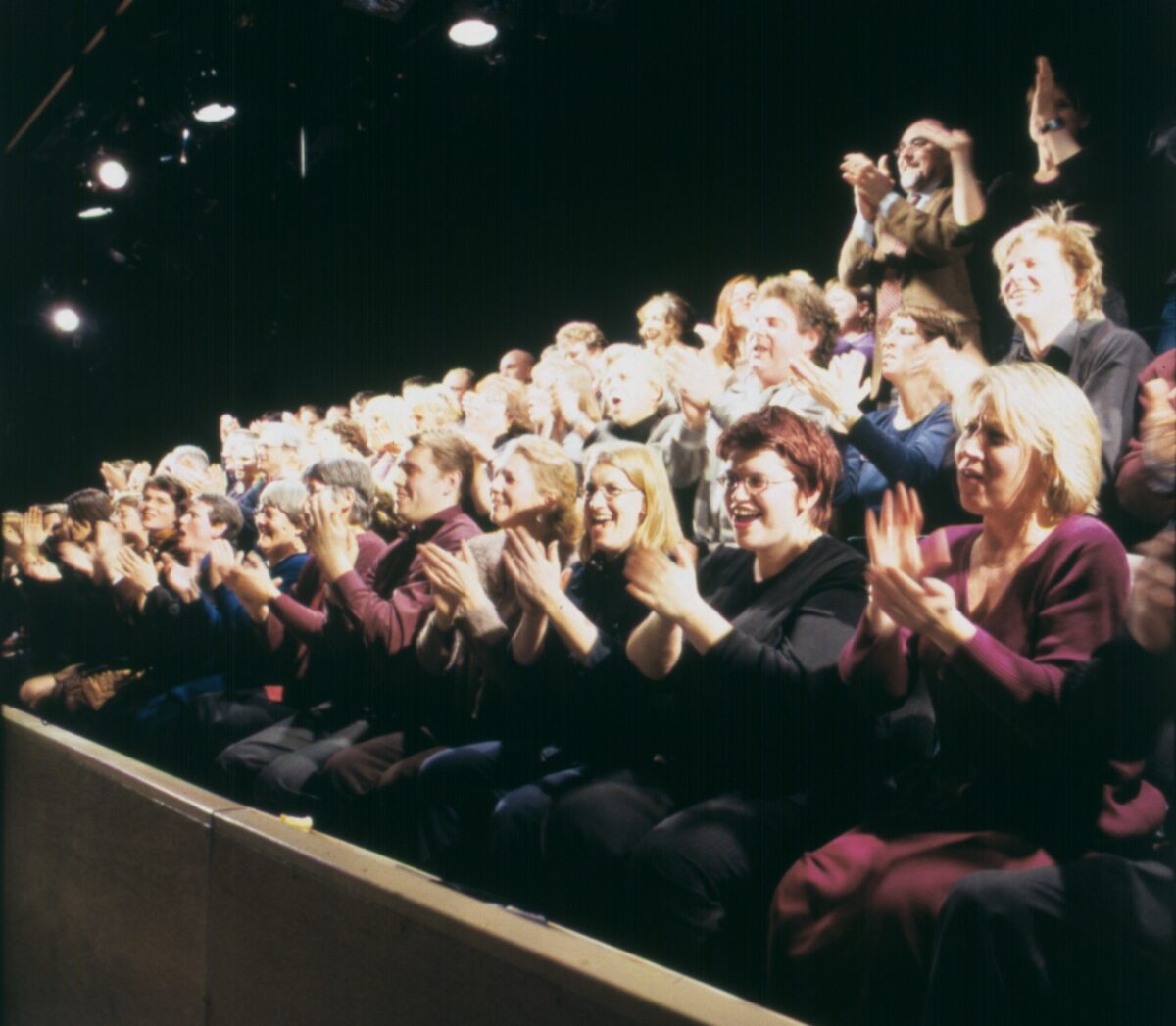 Seventy people perform a work composed by Asbjørn Schaathun. The musical work includes one action; applause. The applause was aimed at a young drama student who is rehearsing Hamlet together with the actress Monna Tandberg. The rehearsal is interrupted by a journalist who quizes Tandberg about her thoughts on the performance BIOGRAPHY, before Lars Wikdahl, who had worked as an extra in the theatre for fifty years, reads aloud from his diary.