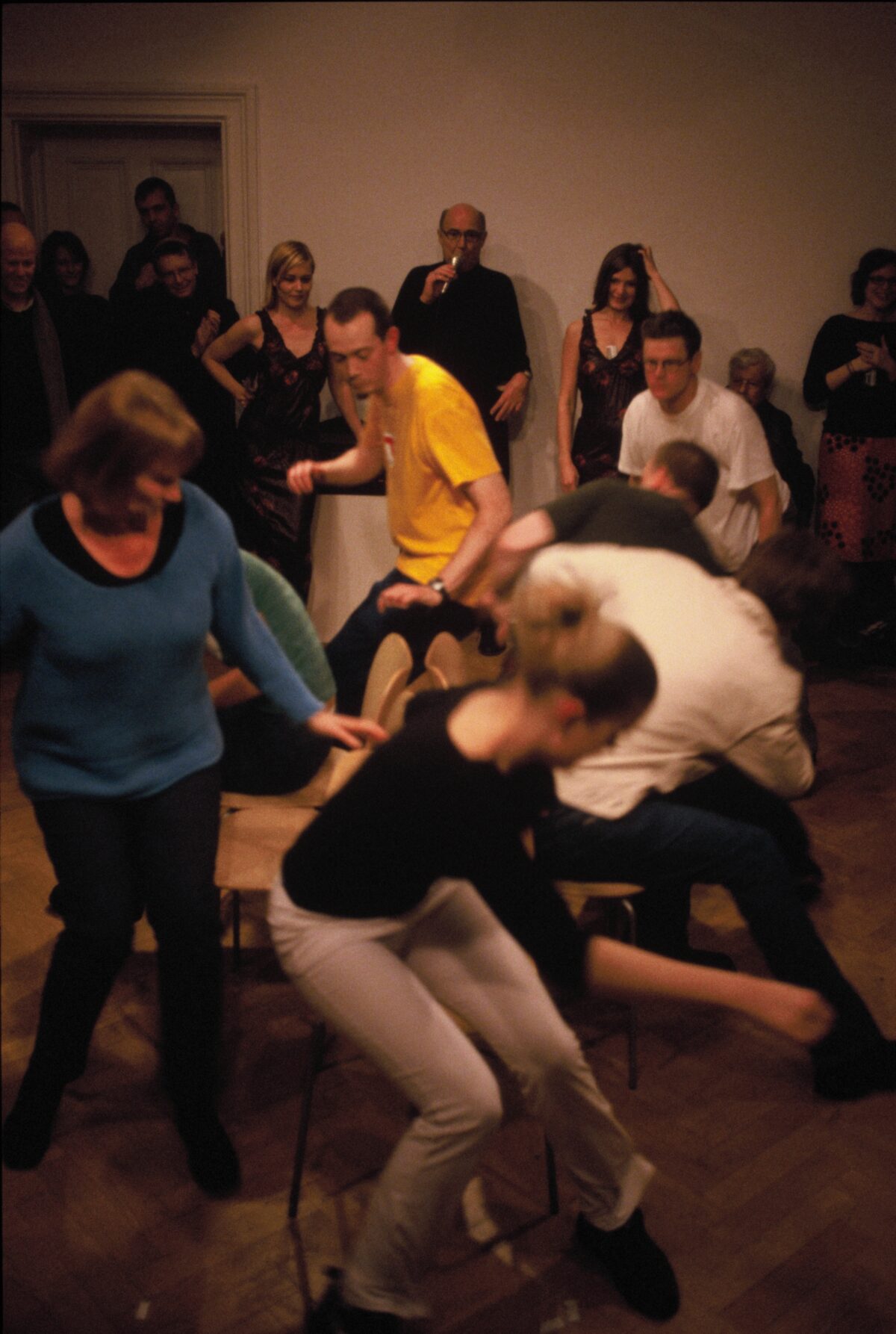 A performance for and with the general public. Participants: General public, the Swedish TV host Ingvar Oldsberg and Goksøyr & Martens in the role of hosts.

The well known party game, musical chairs, was transformed into a game show where the public competed to win kr10,000. The host was the Swedish TV host Ingvar Oldsberg, and the music which was used was well known Swedish pop songs. At the end of the performance, prizes were awarded. Duration: 45 minutes.