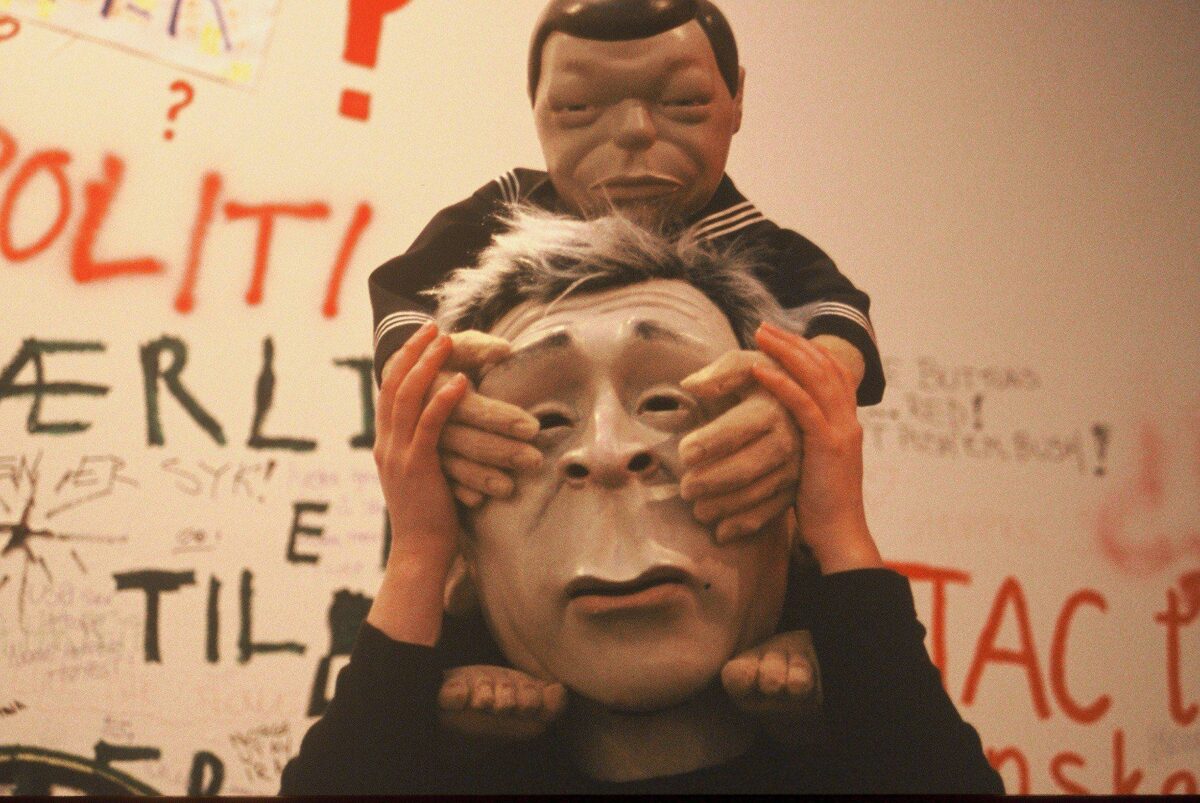 The performance took as its starting point, John Lennon and Yoko Onos performance “The bed-in”. Lennon and Ono were replaced with president George W. Bush and defence minister Kristin Krohn Devold. Her daughter Kyoko was replaced with prime minister Kjell Magne Bondevik. Devold and Bush ble were performed by two political activists. Bondevik was a puppet. The activists communicated their own political message to the general public, whilst they lay in bed, or were working on a 50 m2 large newspaper.