The Troll and the Fisher Girl 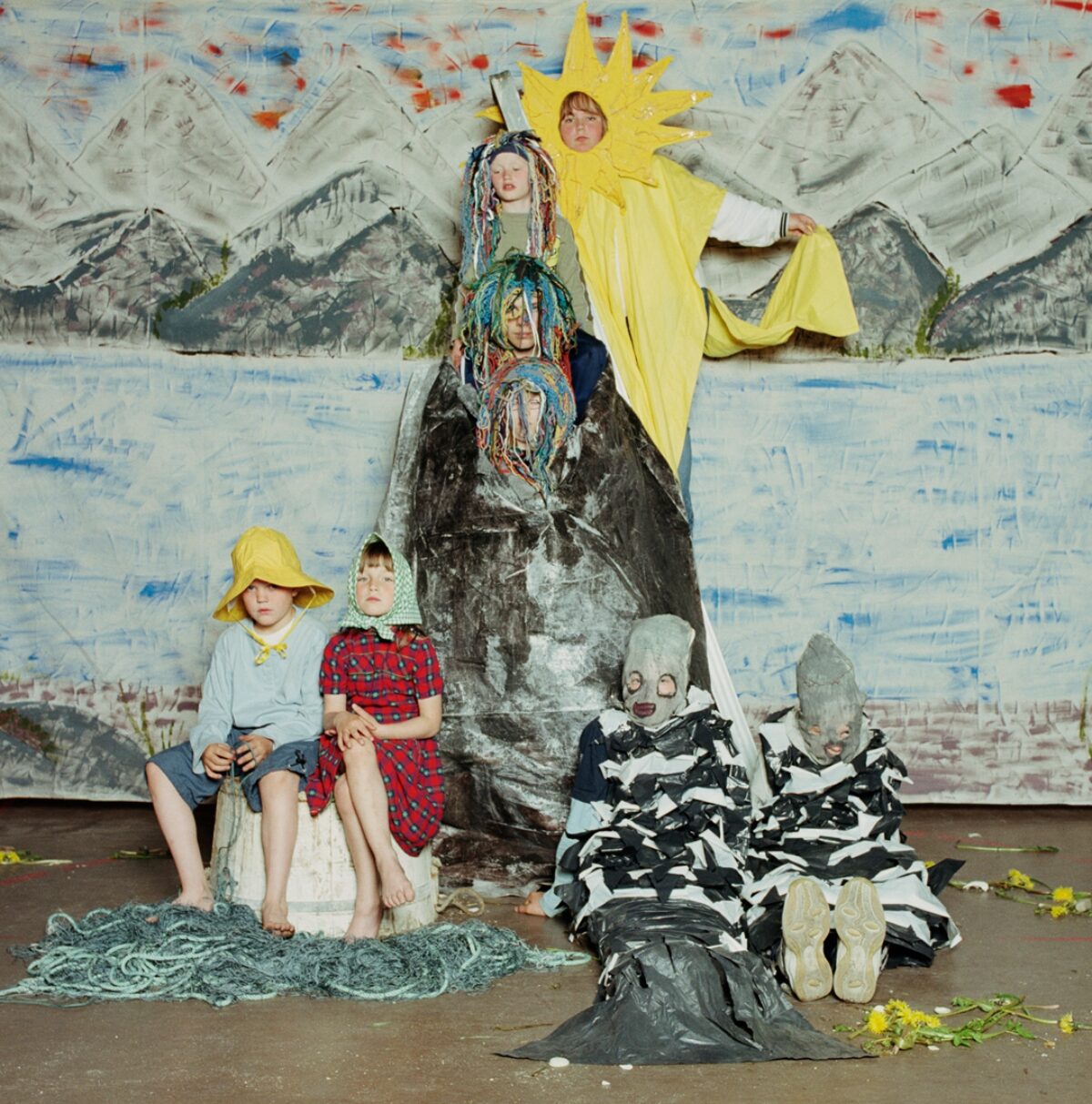 Performance with nine students and one American man.

The fairy tale about the Troll and the Fisher Girl, was performed by the nine children, who together made up the whole of Bolga school. The children had created the costumes and the scenography, as well as playing the standard roles which make up traditional Norwegian folk tales; a troll, a fisherman and seagulls. Included in the play was a story teller. This character was performed by Jeff Mc Lean, a new-comer from America who has settled down on the island and started a web site which promoted the beauty of their island community.