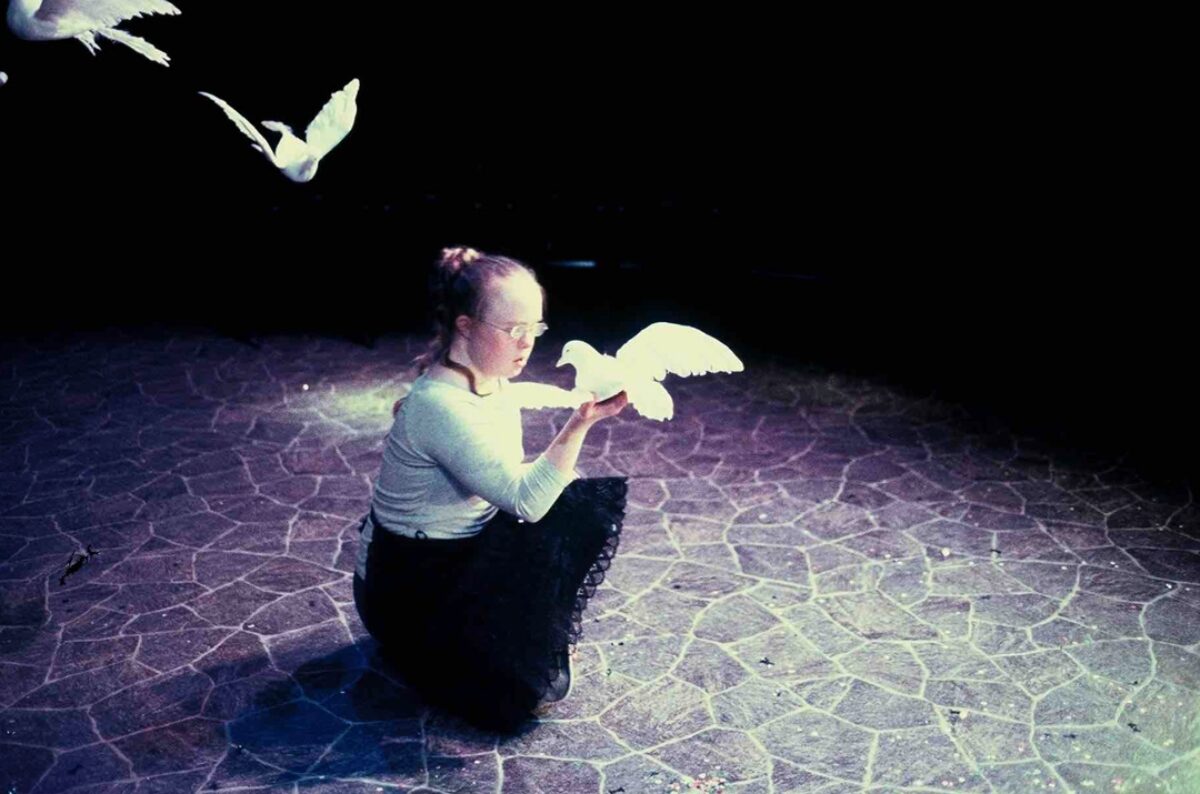 A performance based on a well known fairy tale and documentary texts.

The flexible theatre space consisted of a stone floor, a red velvet curtain, a balcony and stuffed animals. The performance was based on the classical fairy tale of Cinderella, and was about a young girls desire for love. Cinderella, was performed by Marte Wexelsen Goksøyr. Marte was twenty two and has Downs syndrome. Whilst the fairy tale was being performed on the stage, Marte's own life story was being told. These stories were written by Marte herself. Sharing the stage, was also dancers who danced to well known 80's and 90's pop songs, performed live by a Swedish-Norwegian band; Hello Goodbye.