The Wild Duck by Henrik Ibsen 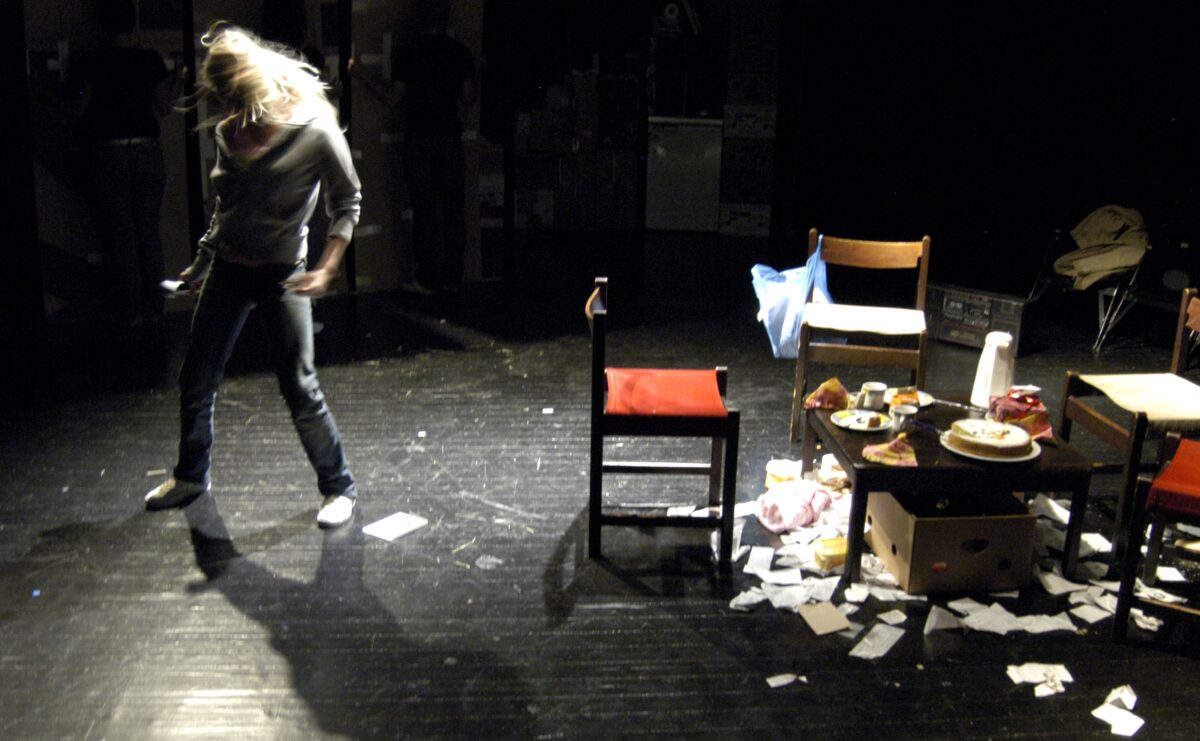 A performance based on Ibsen's The Wild Duck and a documentary style text. Participants: actors from the National Theatre, two girls, a trans gender woman and twenty youth.

The scenography, a photo of a living room, was physically held up by the performers through-out the performance. The drama took as its starting point, Ibsens drama about the photographer Ekdal and his daughter. The classic was combined with documentary texts about a girl who grows up with a transsexual father. 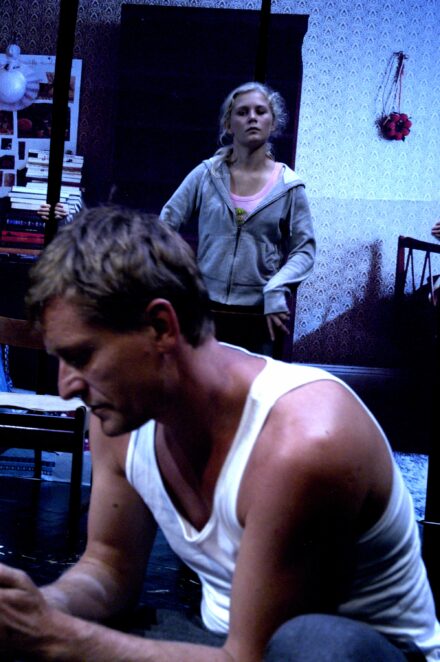 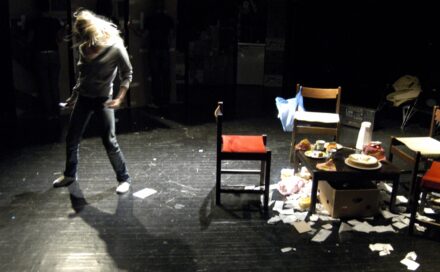