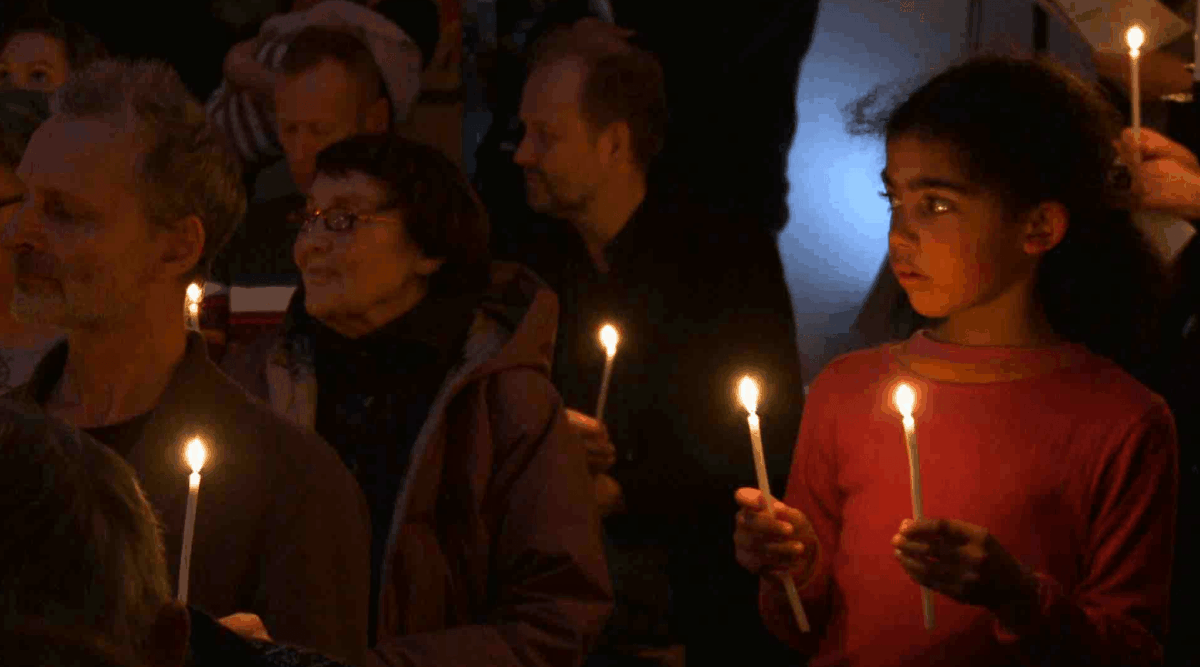 Performance based on the participants own texts combined with the standard church service. Participants: Public, two priests, a Jewish woman, an actor and a children's choir in Gaza.

The gallery was converted to a church room, with alter, candle sticks, blessed bread and wine. During the service the priests; Vaaland og Veiteberg, reminded people they were all Abrahams children: The Jewish, Muslim and christian communities, and encouraged them to unite in their condemnation of the state of Israel's occupation. The performance included «this is no dream». The documentary choir work, composed by Lars Petter Hagen and written and performed by the Palestinian Youth Committee i Gaza city was sent via satelight. Duration: 90 minutes